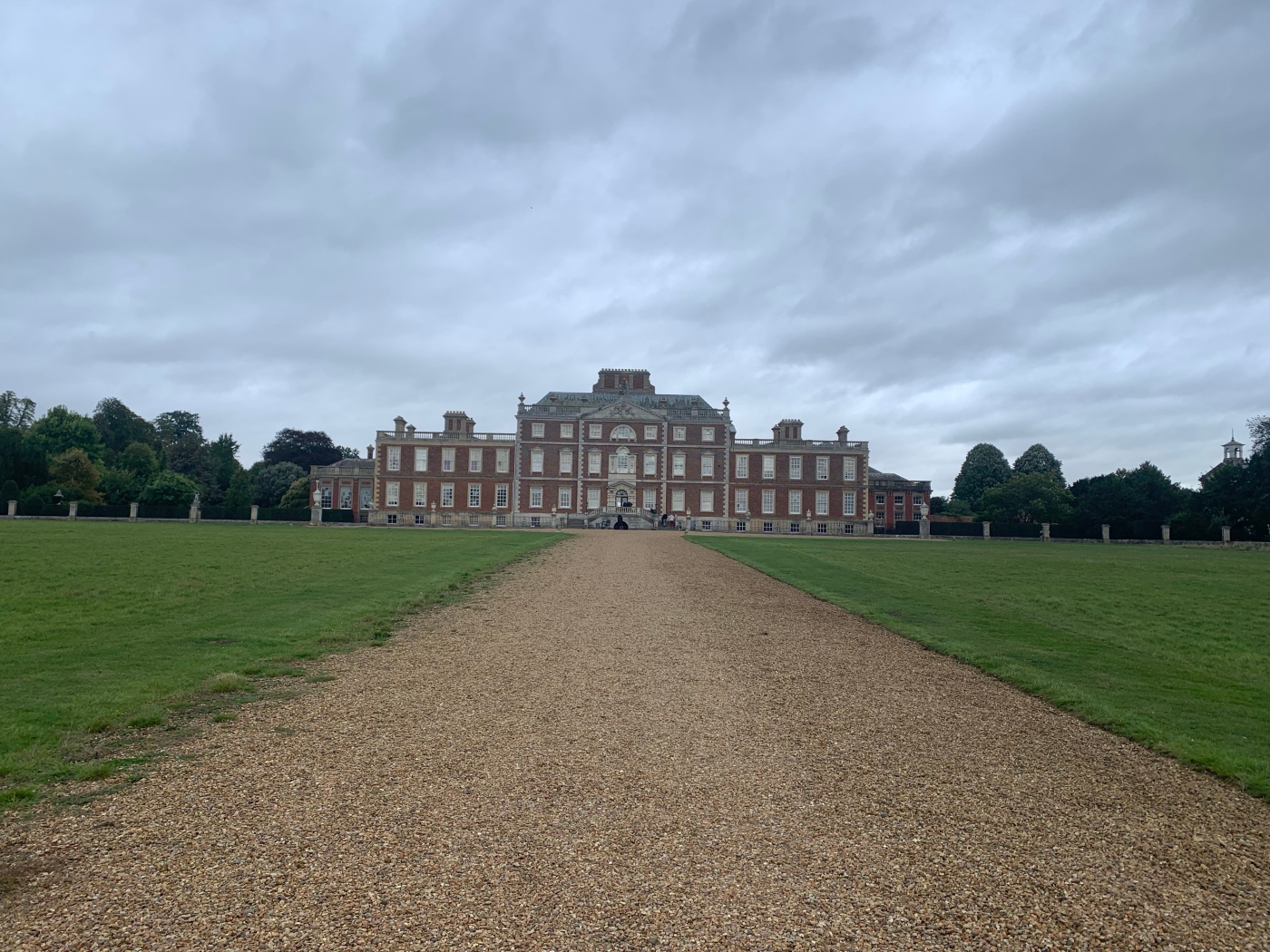 Wimpole Estate is situated in Cambridge, it is a very large estate that inhabits Wimpole Hall and Home Farm. I visited Wimpole at the end of September on a rather bleak day, but the hall, gardens and parkland left an impressive mark on me, I couldn’t believe how beautiful the estate and hall are.

The original building was built in the 1600’s and with over 3,000 acres at Wimpole this left plenty of parkland and farmland for owner Sir Thomas Chicheley. The estate and home farm are guided by the seasons and surprisingly, the farm is still operating with many rare breeds of cattle, pigs and famous Shire Horses.

The Hall at Wimpole has a rich history, the many owners have had an impact on the architecture and interior design of the building. The hall has changed many times throughout the centuries, the complex and impressive architectural pedigree of the hall are shown in the many rooms throughout Wimpole.

The last owners of Wimpole Estate were Captain George Bambridge and his wife Elsie, the daughter of Rudyard Kipling. In 1938, with the Hall was bought by the Bambridge’s and it was almost empty, but throughout the next 40 years the Bambridge’s furnished and decorated the house. They sought out pieces of art or furniture which originated from Wimpole and to this day a lot of the pieces still remain at the Hall.

The most impressive rooms for me were the library/book room and the Chapel. The Chapel is beautiful and the painting that is on every wall, took artist James Thornhill three years to complete. The library and book room houses over 10,000 books across two rooms, most of which were collected by the Hardwicke and Bambridge families.

The Walled Garden at Wimpole and is still a working organic kitchen garden, which covers 4.5 acres and was first built in the 18th-century. The fruit and vegetables grown in the Walled Garden serve the Wimpole Restaurant, while the flowers grown are mainly used for decoration in the hall and restaurant. Within the garden is a beautiful glass house which was rebuilt when the National Trust began restoration.

I absolutely love the different gardens at each National Trust House, however, the walled garden at Wimpole is so beautiful. Even at the end of September, most flowers were still in bloom and they had already began to grow autumnal fruit and vegetables.

I would love to go back to Wimpole Hall during the summer or spring to see how beautiful the estate is in full bloom. I hope you enjoyed reading my blog about Wimpole Estate, let me know what you think in the comments.

My Tweets
My Tweets